This year’s Nobel Prize in physics awarded to three scientists for their work on quantum information science, which has significant applications, such as in encryption. The Royal Swedish Academy of Sciences cited Frenchman Alain Aspect, American John F. Clauser, and Austrian Anton Zeilinger for discovering how unseen particles can be linked, or “entangled,” even when they are separated by a large distance, such as photons or tiny bits of matter. 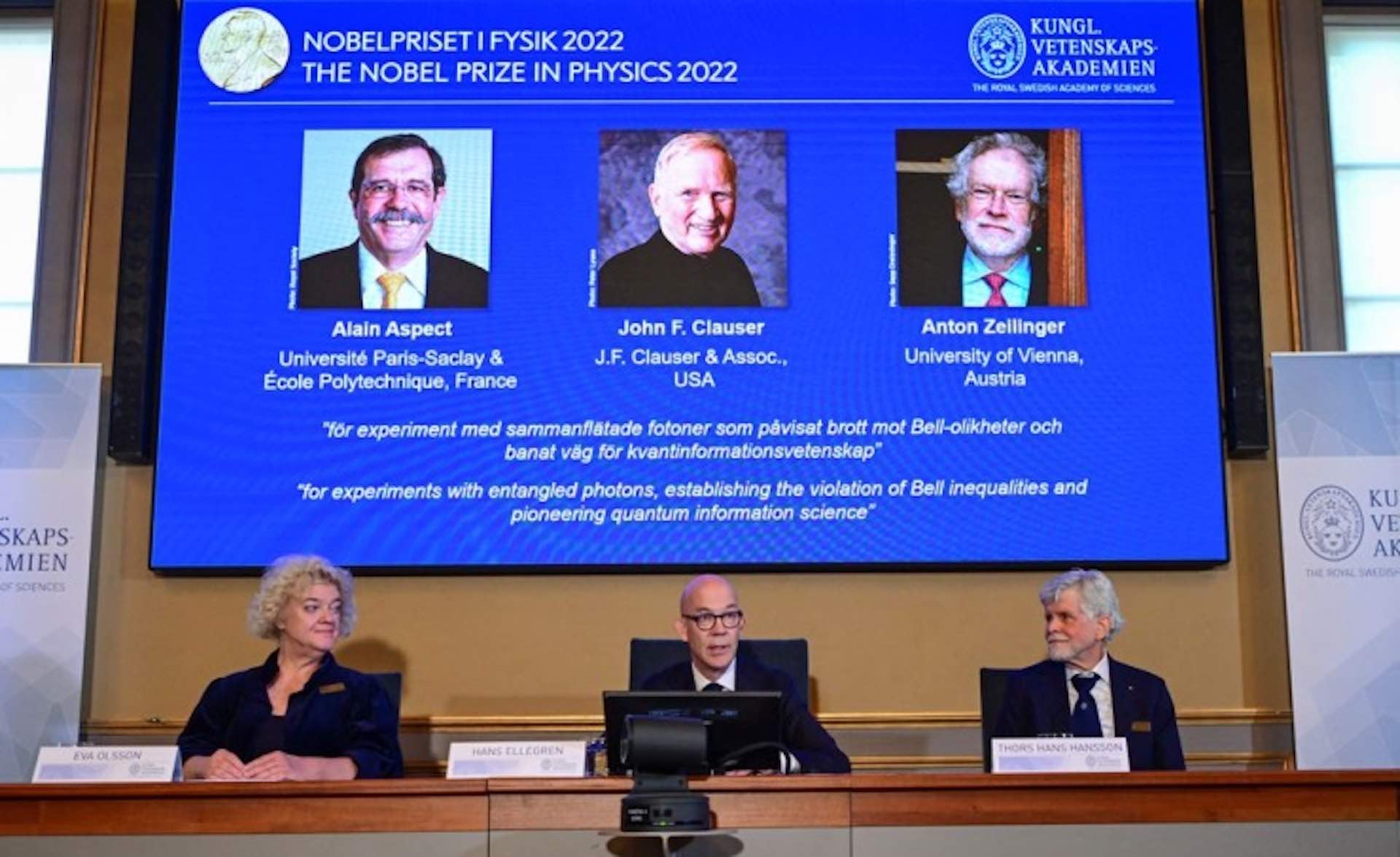 There is a feature of the universe that even baffled Albert Einstein, one that connects matter and light in a tangled, chaotic manner. Clauser, 79, received the prize for a 1972 experiment that helped settle a famous debate between Einstein and Niels Bohr about quantum mechanics. “A spooky action at a distance” was described by Einstein and he believed it would eventually be disproven.

Clauser said, “I was betting on Einstein. Unfortunately, I was wrong and Einstein was wrong, but Bohr was right.” According to Clauser, quantum mechanics shows you can’t confine information to a closed volume like a desk box – although he is unable to explain why. “Most people think nature is made up of materials dispersed throughout space and time,” Clauser said. This does not appear to be the case.”

David Haviland, chair of the Nobel Committee for Physics, said quantum entanglement involves measuring one photon over here and knowing immediately something about the other. “We can establish common information between two different observers of these quantum objects if the photons are entangled.” In this way, we can perform secret communications that were previously impossible.

According to Eva Olsson, a member of the Nobel committee, quantum information is not an esoteric thought experiment. It is a “vibrant and developing field.” Olsson said it could have implications in areas such as secure information transfer, quantum computing, and sensing technology. Moreover, its predictions have shaken the very foundations of how we interpret measurements, opening doors to another world.

It is possible for everything in the universe to be entangled, but in most cases the entanglement just washes away. As a result of its chaotic and random nature, it is impossible for us to see anything,” said Harvard professor Subir Sachdev, who has studied quantum entangled material with up to 200 atoms in it. However, scientists can sometimes unravel just enough to make sense and be useful in everything from encryption to superconductors, he said.

Zeilinger said he was still surprised to hear he had won the award at a news conference after the announcement. Zeilinger, 77, a professor at the University of Vienna, described the shock as a positive one. For more than a decade, Clauser, Aspect, and Zeilinger have been the subject of Nobel speculation. They won the Wolf Prize in Israel in 2010, considered a precursor to the Nobel Prize.