In the capital of Sri Lanka, thousands of protesters stormed the official residence of President Gotabaya Rajapaksa. After months of protests over mismanagement of the country’s economic crisis, demonstrators from all over the country marched to Colombo demanding his resignation. He has already been moved to a safer location, according to reports. 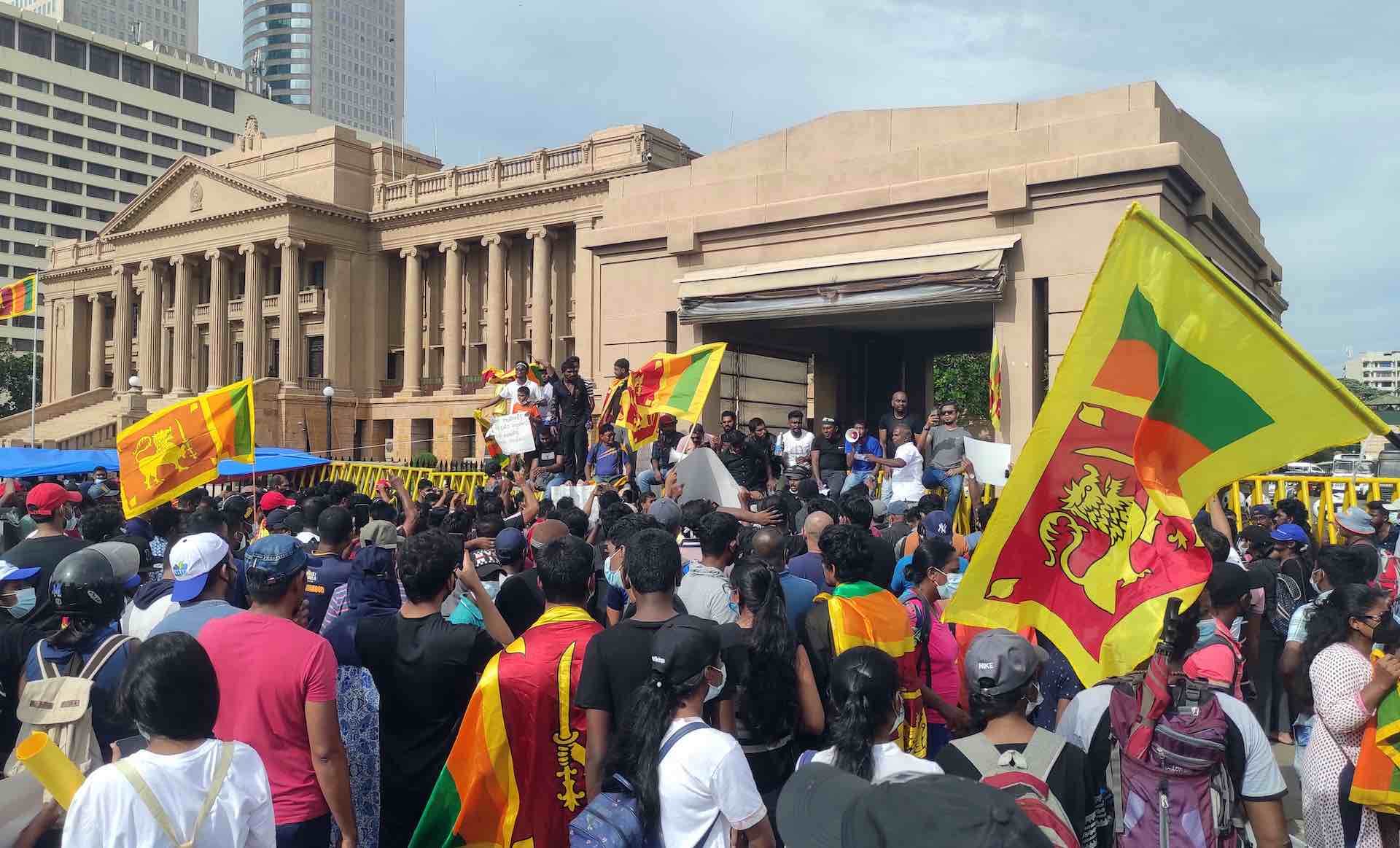 The Sri Lankan Prime Minister Ranil Wickremesinghe on Saturday offered to resign in order to make way for an all-party government to take over the country. Protests have intensified throughout the country in order to bring about the resignation of the government led by Gotabaya Rajapaksa for mishandling the country.

Food, fuel, and medicine are difficult to import into the country due to rampant inflation. Officials told AFP news agency that some protesters even commandeered trains to reach the capital. To reach President Rajapaksa’s house, they broke through several police barricades, shouting Gota go home! In an attempt to prevent angry crowds overrunning the residence, the police fired shots in the air and used tear gas, but were unable to stop some of the crowds.

According to a senior defence source, the president was escorted to safety. In all practicality, he is still the president, he is protected by a military unit, however, the masses who elected him are demanding his removal. In an attempt to stop the protests, authorities imposed a curfew, but it had to be lifted. Demonstrators have also been able to enter the president’s office at a different location.

A spokesperson for the National Hospital of Sri Lanka told BBC Sinhala that 33 people, including members of the security forces, were injured. Curfews were imposed by authorities on Friday night in an attempt to halt the demonstration. Civil society groups and opposition parties strongly opposed the curfew, so it was lifted after protesters were undeterred. A great deal of the country’s current crisis can be attributed to the brothers Gotabaya and Mahinda Rajapaksa and their extended family.

Fuel on credit has been sought from countries including Russia, but no success has been achieved. Sri Lanka has requested emergency financial assistance and blames the COVID-19 pandemic for all but killing the country’s tourist industry, one of its biggest foreign currency earners. However, economic mismanagement, political greed, and corruption have been blamed by many experts. Mahinda Rajapaksa, the president’s older brother, resigned as prime minister in May due to the deepening economic crisis.